Rummy Game is one of the well-known card games that is played using two decks of cards and two Jokers. To be a Rummy winner, the player makes an authentic declaration by choosing and drawing cards from the two piles.

While one pile is an open deck that is created by the cards removed by the players, the other pile is a closed deck in which the player cannot see the card he is choosing.

To win the game, you must arrange the cards in the right sequences as well as sets. 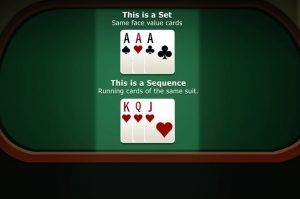 While King, Queen and Jack carry 10 points, the rest of the cards carry equal points to their face value (for example- 5 cards mean 5 points).

UNDERSTAND THE OBJECTIVE OF RUMMY GAME

The only objective of the rummy game is to group your 13 cards in the right sequences & sets. You can win the game easily by making at least two sequences consisting of minimum one pure sequence and the remaining can be any right set or sequence.

But remember, you cannot form a right rummy declaration without one pure sequence.

In the rummy game, a sequence is typically a set of three or more successive cards of the same suit. There are mainly two kinds of sequences that are created namely a pure sequence & an impure sequence. One of the most important rules to win rummy is to form a minimum one pure sequence.

To create a pure sequence, you cannot use any wild card or Joker.

An impure sequence consists of three or more cards including more than one Joker card.

A set consists of three or more cards that carry the same value but they are of different suits. You are free to use jokers and wild card while creating a set. 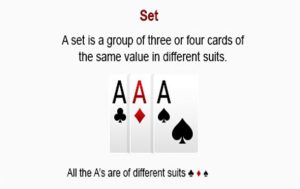 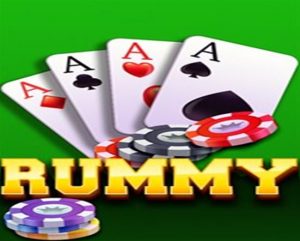 TIPS TO WIN THE RUMMY GAME

JUST AS IT IS PRIMARY TO UNDERSTAND THE RULES OF RUMMY, IT IS ALSO IMPORTANT TO PLAY IT CAREFULLY AS WELL AS WITH FOCUS!!!